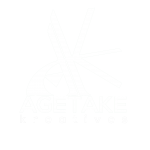 Facebook has billions of subscribers worldwide. The average person on Facebook has hundreds of friends and is a member of dozens of groups and pages (collectively known as publishers). A handful of these friends and publishers post every day. This means that there are potentially hundreds of new posts that the average Facebook user is expected to view on a daily basis. If Facebook was based on the traditional method of service delivery in a Kenyan bank or government office, then barring corruption, the average Facebook user would be exposed to Facebook posts in chronological order from the first poster to the last. Even with the high state of joblessness among the youths in Kenya, it is highly unlikely that anyone would be so idle or have the patience to sit and read hundreds of Facebook posts chronologically.

Thankfully, the posts that Facebook users view on their timeline are based on an algorithm known as EdgeRank. An algorithm can be defined as a manual that explains the step-by-step actions required to accomplish a particular task. Facebook relies on EdgeRank to determine how posts by friends and publishers rank within a user’s News Feed or timeline. Updates that the algorithm deems as lacking meaningfulness, relevance, or interest for a user are unlikely to appear in their News Feeds. The Facebook algorithm is not static and is revised regularly to reflect Facebook’s overall business strategy as well as circumstances in the external environment, such as the need to clamp down on fake news.

The posts that a Facebook user is exposed to are selected by the algorithm based on a four-factor evaluation process. The four factors evaluated by the algorithm are; inventory, signals, predictions, and final score. The inventory refers to the total number of posts that need to be displayed. The signals are aspects under the control of the Facebook user, such as the time of posting, content of the post, and the level of user’s influence among others. Predictions are based on the historical activities of users, such as the type of contents, friends, and pages they engage with. A final score is assigned to every post based on how the algorithm rates the other three factors.

Now that we have a rough idea of what a Facebook algorithm is, let see how you can exploit it to organically increase the reach of your Facebook posts. The Facebook algorithm is an artificial intelligence (AI). This means that you can fine-tune it by being a creature of habit. For instance, if you establish a habit of creating a post on your Facebook page at a specific time every day, then after some time the algorithm will learn to expect a post from your page at that time and show it to more people. Additionally, the algorithm keeps a record of the friends, publishers, and types of content that a user regularly interacts with and assigns posts by them a higher final score thereby increasing the likelihood that a user will see these posts. This explains why you usually see updates by pages or friends that you regularly engage with via posts likes, comments, and shares but see less of posts from pages and friends that you never interact with.

Note though that, as I stated earlier, the Facebook algorithm is an AI, so avoid cajoling or enticing people to engage with your posts by, for instance, asking them to like and share as the AI can identify such and limit your posts’ reach. Another tactic of increasing your posts’ reach is having reasonable intervals between posts. If you post 5 posts within an hour, it is unlikely, actually impossible, that users will see all five posts in their News Feed. This is because there are other friends and publishers who are also posting during this time and the four-factor process of selection by the Facebook algorithm cannot fill the News Feed of a user with posts from only a single publisher or friend.

Tagging people on your posts can also increase the reach of your posts provided those you have tagged engage with the posts. Engagement with a post sends a ‘signal’ to the Facebook Algorithm that a user finds particular content to be meaningful or relevant to them, which increases the likelihood of them seeing posts from that particular friend or publisher on their News Feed in the future. This is the whole concept of ‘predictions’, which is the third factor of the Facebook algorithm post ranking method. Note though that regularly tagging friends who do not engage with your posts can reduce the likelihood that they will view your posts in their News Feed in the future as their lack of engagement can be interpreted to mean that they do not find your content meaningful or relevant. It is almost a similar concept with receiving unsolicited or unwanted mail in your email, which is usually interpreted as spam.

Other tips to increase the reach of your Facebook posts include: ensuring every image you post on Facebook is accompanied by text; posting in a manner that elicits engagement from Facebook users; choosing strategic times to post your content (posting at midnight, for instance, will do you limited favors with the post reach as most people are sleeping); engage with your friends and followers by replying to their comments; pursue cross-posting by, for instance, mentioning other brands with positive messages on your posts as this might make the other brand to feel compelled to reciprocate or just to share your post thereby increasing its reach.

You can learn more about growing your social media reach and how to use social media for marketing by subscribing to our blog.